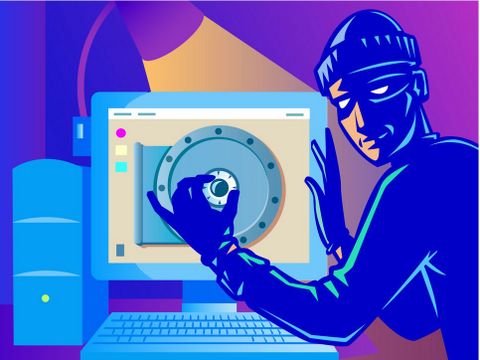 Yes, eventually blockchains get hacked. In the following article, I review how, why, and what we can expect to happen next.

Ethereum Classic (ETC) is a canonical example of what can go wrong when code-by-committee cryptocurrencies play fast and loose.

ETC was hard forked (deprecated) from Ethereum (ETH) several years ago due to governance problems. The main problem was that the Ethereum’s Decentralized Autonomous Organization (DAO) was exploited by fair play — rules written to the DAO’s governing constitution overlooked a shortcoming in the smart contract code. In effect, this oversight enabled malicious members of the DAO to exploit the organization’s governance model and steal Ether from other members fair and square.

In response, Ethereum developers hard forked the code, disregarding all previous transactions, and restoring millions of dollars worth of Ether to members who were legally robbed. This initially caused a lot of contention and drama. The reasoning behind Ethereum’s response was that, once forked, nobody would spend the mining resources to keep Ethereum Classic (ETC) up and running.

This notion turned out to be wrong. In fact, some die-hard fans kept ETC afloat and drove it back into the spotlight when Ethereum (ETH) started to run into its own problems.

Then Coinbase decided to sell ETC, restoring the troubled cryptocurrency’s relevance and some market value. ETC’s spotty history was a known problem in the crypto community for years, and its muted mining recovery was often pointed out when discussing its lackluster security.

What led to ETC’s poor security?

In Proof-of-Work (PoW) blockchains, consensus is achieved across decentralized nodes verifying transactions asynchronously. This decentralized consensus among nodes gives PoW blockchains high security guarantees because PoW blockchains successfully eliminate the double-spend problem (e.g. forging digital money). However, they run into other problems when there aren’t enough active nodes. In these situations, PoW blockchains cannot prevent potential 51% attacks against the network. 51% attacks can occur when 51% of the mining network is controlled by an adversary. In this case, bad actors can prevent the remaining miners from confirming transactions, and can reverse transactions that were initiated as long as they are in control of the majority of the network.

ETC was known to face this threat.

51% attacks are still a real threat to a lot of immature PoW cryptocurrencies. At this point, it would take more mining power and money to execute a 51% attack on BTC than it would be to use that power to mine valuable BTC. So, why risk investing in a blockchain platform that catastrophically failed its mission once before?

Bitcoin started slowly – without much attention – and built up resistance to 51% attacks while nobody was looking. This is why institutional investors are primarily interested in BTC. Bitcoin has the longest chain, meaning it is the most resilient to attacks, and therefore is the healthiest bet in the long run.

Other blockchains that started up during the ICO boom have retained some value but have very few miners and will therefore increasingly suffer from 51% attacks. Bootstrapping value from a Proof-of-Work blockchain is very difficult to accomplish with ICOs and airdrops. Bootstrapping a Proof-of-Stake blockchain with reasonable security guarantees is even harder. It’s like putting several million dollars behind a wall of whack-a-mole locks. It doesn’t take much to gang up on the moles with more than one hammer. And the reward is lots of money that nobody’s really paying all that much attention to.

Eventually, once regulations are clearer and custody is solved, institutions will bankroll key performers. The most interesting aspect about crypto is that people are making meaningful bets on real money every day. Without a trusted custodian, the same scrutiny for protecting your USD or gold is warranted for crypto, if not more. When it comes to traditional financial adoption, only time will tell. In the meantime, additional education is needed to make confident investment decisions. Always do your homework!

Disclosure: This is not investment advice.

Alex Broudy is a Senior Business Analyst (CSM) focused on blockchain product analysis, social media marketing, omnichannel commerce, and analytics. The goal of CryptoPidgin is to simplify the sprawling and fast-moving trends in Blockchain, Crypto, and Web3.

BEAM and the MimbleWimble Protocol Breathe Life Back into Online Privacy

GDPR and Self-Sovereign Identity: What Lies Ahead

This site uses Akismet to reduce spam. Learn how your comment data is processed.